A few months ago I went to D.C. for a business journalism conference and it was my first dose of the East Coast. In my perspective (others claim D.C. not to be part of the coast) it is my first taste of the “East Coast” and I LOVED IT. The people are different, the ambiance is so professional, and the weather is lovely!

Here are a few things that I found different in D.C. scene:

1) There are community coat racks. I know what you are thinking; this girl must live under a rock if she finds coat racks amusing. Well I can assure you that I do not live like Patrick Starfish from Spongebob but I do live in the good ole furnace, oops I mean state, of Arizona and we do not have coat racks. Heck, we barely even have coats. You can survive a winter in Arizona with a light sweater. So back to coat racks. The concept is interesting; you are trusting everyone in the area to not steal your clothes. Some people even left their bags there! Does that say something about the people there or the people here?

2)Everyone dresses so professional in the Capitol.

I’m quite the fashionista but there is not much room for fashion here in AZ because it is either hot or hotter; you just want to be naked half of the time. I have cute coats that I never get to wear so I was excited to rock them in D.C. We went in April so the weather was phenomenal!!! Granted, I was not prepared for those freezing nights but the daytime weather was delightful. Everyone was dressed in nice suits and coats as if they were all very important people going to very important places (which they probably were; this is the nation’s capitol). I made sure to dress up to par in my black and white petticoat.

3) Cabs are harder to flag than depicted in movies;
even if you are a group of pretty girls.

Have you seen a movie where a pretty young woman whistles for a car or waves her dainty hand in the air and a cab pulls up in 6 seconds? Well that’s a lie. My friends and I seriously spent almost 20 minutes trying to flag a cab that could take us to where we needed to go. We were at National Mall during the Cherry Blossom Festival and the traffic was insane! Which meant that every cab was filled up and the cabs that weren’t occupied rejected us after we flagged them down and told them our destination. I guess cabs have boundaries within D.C. So beware…especially if you are going during the busiest time of the year.

4) They weren’t kidding about the hotdogs.

I am not a big hot dog fan (the idea of not knowing what meat a hot dog is made of scares me) BUT I knew I had to try the hot dogs in D.C. from what everyone was telling me. The night before we left it was midnight and I was hungry so I went out hunting for food only to find out that is was freezing outside and I couldn’t go much further which is why I then settled for a hot dog stand nearby. I was actually quite excited, so naturally I took a picture of the monumental hot dog stand where I got my first D.C. hot dog. Problem? The owner refused to give me my hot dog unless I showed him that I deleted the pictures of his hot dog. My stomach ruled over my mind and deleted the pictures before his eyes. The fact that he was so upset about pictures being taken of him and his stand made me question his hot dog credibility, nonetheless I dove into that hot dog. The grilled weenie and bun were garnished with chili, cheese and ketchup. It was surprisingly scrumptious! (Or maybe I was just starving)

5) D.C. has made me want to live in a state with more than one season!

I couldn’t get enough of these cherry blossoms! 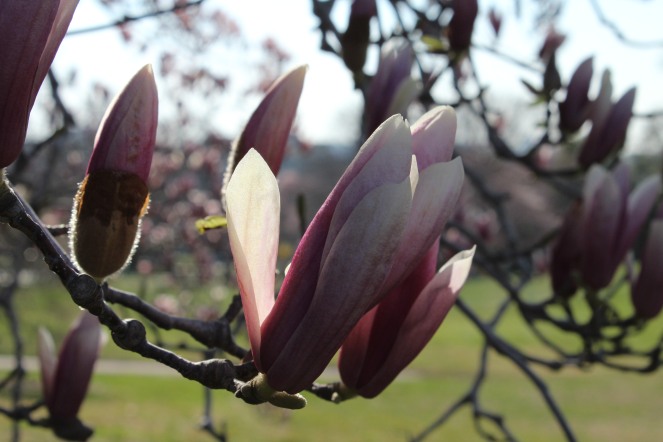 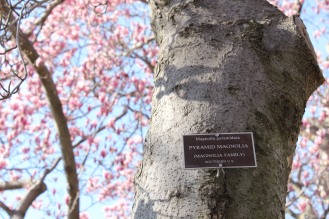 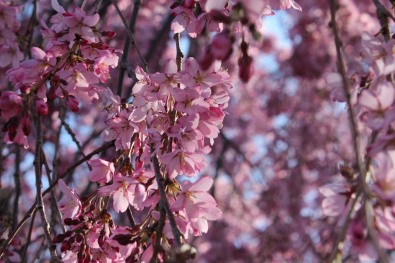